Social media and its role in the workplace 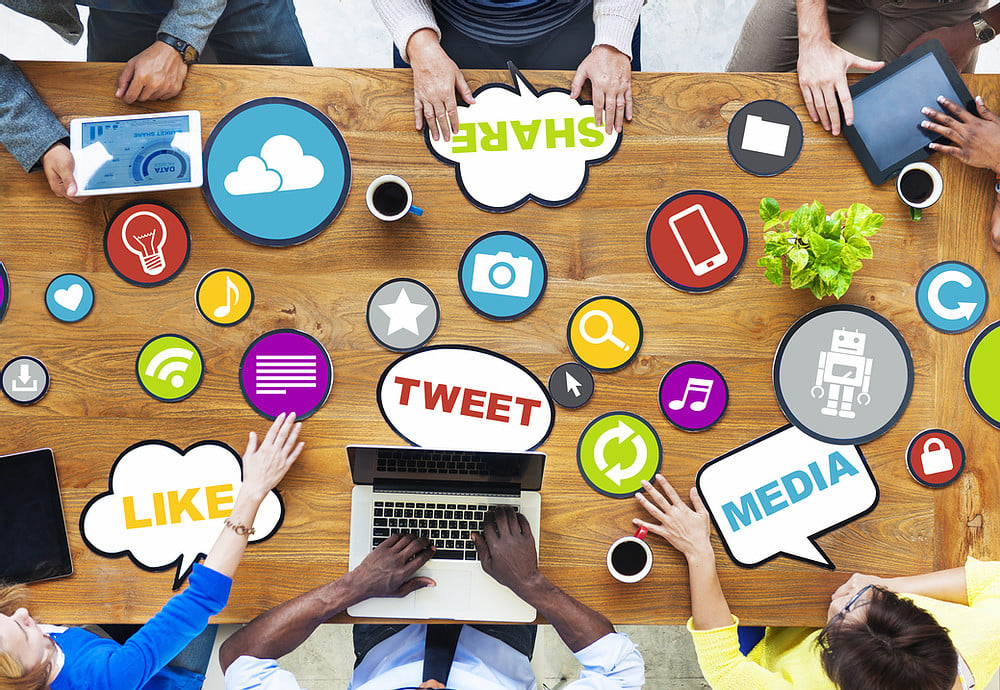 Does social media have a role to play in the workplace? I think the answer is yes, but not unequivocally.

There are massive benefits with an effective social media presence in business, however, when things go wrong they usually go very wrong. More often than not, what goes wrong involves the ‘people factor’.

The best or worst examples of this are mad Mondays in the various football leagues. Not only is social media used irresponsibly damaging club and individual reputations, financial loss of sponsorship by clubs and the sport as a whole is significant.

Firstly let’s look at what is considered to be social media. Social media consists of software tools such as websites and applications that allow users to create and share content and to participate in social networking. Social media may include:

Both in the workplace and in everyday life, rules for functioning in an electronic world are much the same as the normal standards, ethics and confidentiality standards we are expected to work and live by every day. Social media can become a complicated legal ground for issues such as copyright, privacy and also issues around bullying and harassment if not appropriately managed.

In business, social media is used to market products, promote brands, connect to current clientele and foster new business. The use of business and workplace social media has become a necessary daily activity.

In a fast changing world good judgment in social media interaction needs to be exercised. Social media standards and protocols need to be in place and followed with consequences if breached.

The truth and facts

A few tips to live by:

Know what you are subscribing to

Individual’s may be legally responsible for the content they post, so respect brands, trademarks and copyrights. The social media website terms and conditions always assign a level of responsibility to the user. Before joining any social media sites, read the T & C’s and be sure they are acceptable.

If a person talks online about work related matters that are within their area of job responsibility the affiliation should always be disclosed.

On personal (not business) social media sites unless an individual is specifically authorised to speak on behalf of their employer organisation, then it needs to be clearly stated that their views are their own and not that of their employer.

The organisation should work closely with employees to ensure they never publish, post or release negative, sensitive, private or confidential company information (e.g. unannounced events or internal issues) that could damage the organisation’s reputation or breach legislative compliance.

Organisations need to communicate the need to respect privacy standards and obligations to their workforce. This applies both to the company standards and under the various jurisdictional laws.

“The good thing about Lucidity is that every module works the same. From contractor to asset...

"The good thing about Lucidity is that every module works the same. Whether they log on for...

One of the key benefits of an integrated HSEQ software solution is getting greater visibility and...